How does the Geography of China impact its History? 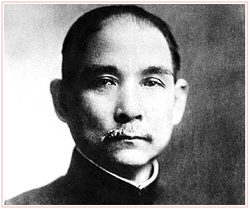 A timeline of the key events of Chinese History in the 20th Century:
Timeline
Chinese Revolution 1911:
China 1900 – 1927 Key Note
An extract from the autobiography of Pu Yi:
Coronation and Abdication
ATL skills: Communication – Reading
Read the article below and make notes about what it tells us about the growth of Chinese Nationalism after 1900.
Use the strategy Connect – Extend – Content
Reading from History Today:
http://www.historytoday.com/jonathan-fenby/china-1911-birth-chinas-tragedy
If this link doesn’t give you the full article here is the pdf:
1911 Revolution
Here is a website that contains short videos about China.
http://www.watchknowlearn.org/Category.aspx?CategoryID=4288 3. The Impact of the First World War on China (recap)

Read the extract below and complete the Understanding Map to help you to think about the important issues under discussion here:

This Wikipedia Page is very accurate: https://en.wikipedia.org/wiki/New_Culture_Movement
Here is a journal article with some helpful information: http://gbtimes.com/life/chinas-new-culture-movement

Your task is to create a Pecha Kucha (20 slides, 20 seconds per slide) about either the GMD or the CCP to present to the Standard Level students. You must cover LEADERSHIP, IDEOLOGY/POLICIES, PRACTICE AND IMPACT.

6. Who was Chiang Kai Shek? These sites can help with understanding the rise of Chiang Kai Shek:

The key characteristics of this period of rule by Chiang Kai Shek were:

Evaluate the rule of Chiang Kai Shek during the Nanjing Decade 1927 – 37.